Life has a funny way of foreshadowing. As a child, I was never good at math. However, I loved English, writing, and storytelling. I was also a dancer. My grand life plan was to move to Seattle to dance professionally and later open a dance studio. Once I graduated from high school, I realized dancing professionally was not going to happen. I taught dance for a short time and decided it wasn’t going to work out either.

One day, during the last semester of my associate degree, my academic advisor called me into his office. He informed me I was missing a science with lab course, and if I wanted to graduate that semester, I was going to have to take it. He handed me a list. As I looked through the options, Human Structure and Function jumped out. So I signed up. I loved it. I found myself spending hours drawing different body systems, coloring and labeling the pictures I had created. It all clicked with me.

Once I finished my degree, I needed to get a job. I was living in a small town, and there weren’t many options available. I decided to take a CNA course. I began working as a C.N.A. and decided I’d like to pursue nursing. However, remember that foreshadowing I mentioned? As you know, nursing is chuck full of math! Suddenly, I was facing one of my worst childhood fears, math. Oh, and chemistry. I should add I got through high school taking the minimum required courses.

At first, I dismissed the idea; I couldn’t possibly take math, chemistry, and all the other hard prerequisite classes. After a while, I decided to grit my teeth and bare it. I had to start at what I lovingly call “baby math” and work up. As I was working on the classes, I finally got the requirements I needed to apply for the Practical Nursing program.

There was another part of my life happening at the time. There was this boy, who I had loved since high school. He had just come home from an LDS mission, and we were considering marriage. He had a dream to move to Alaska to pursue a piloting career.

I planned to continue taking prerequisite courses and apply to the RN program. We quickly realized it was financially impossible for us to both pursue our college dreams at the same time. I worked and took classes as I could while my husband went to school.

One day, a little pink line showed up. I wanted children, but this happened earlier than planned. By this time, flying was not working out for my husband. He changed his major and continued down the path.

I became pregnant with my second son. I became incredibly sick. The migraines I’ve had since my teenage years became unbearable and I was diagnosed with hyperemesis gravidarum. At his birth, I lost so much blood I nearly died. I needed three blood transfusions. My baby was rushed to the NICU after birth. He was born with bilateral clubfeet, hypotonia and required a g-tube for 18 months because he couldn’t organize his mouth to eat. of failure to thrive.

Here’s the thing about nearly dying, it helps clarify what you want in life. For me, that meant I needed to get to nursing school. I didn’t quite have all the classes done for the RN program in Alaska. However, I did have a spot in the PN program I had left five years earlier. A simple email to claim my seat and I was in.

I took my two young sons, and we moved “home” for a year so I could attend the PN program. I loved nursing school. It was an amazing experience full of fun, sadness, blood, sweat, tears and tons of stress! Yes, blood was involved, has anyone else sliced their finger on one of those medicine packets?

Once I finished school, we moved back to Alaska. I studied and passed the NCLEX and found an incredible part-time position at a pediatric office.

After about four months of working, I became pregnant with my third son. Once again I had a hard pregnancy. The migraines were severe, I had hyperemesis gravidarum again and was diagnosed with gestational diabetes. I worked as long as I could but was so ill I had to call in sick often. As you know, nursing is not a job you can “do tomorrow.” Eventually, I knew I was being unfair to my employer and resigned my position.

Nine months after my third son was born, I became pregnant with my fourth son (breastfeeding is not good birth control). I recall looking at my elementary child, preschooler, young toddler and tiny baby realizing continuing with the traditional bedside nursing role was just not in my life plan at the moment.

However, remember how I mentioned how much I loved writing as a kid? One night I had a dream to begin a blog. It turned into a medical story sharing site. I took a deep dive into the world of freelance writing, blogging, social media management, curating content and all the other tasks that go along with running a website. 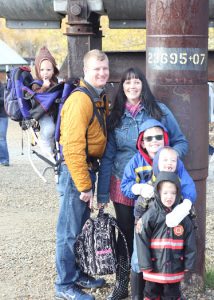 The Family – Courtesy of Bradford Hill

After a year of running my website, I decided I’d like to venture into the world of freelance writing. As I floundered around trying to decide what niche to write in, I learned of someone who referred to herself as a “nurse writer.”

I’d never heard of that before. I did some online research and discovered some nurses write for a living. Some do freelance writing, some write for pharmaceutical companies, doctor offices, hospitals and so many other places!

With that, I decided to try my hand at freelance writing. I’d written plenty of posts for Living the Diagnosis, but, it is my site, so I get to publish myself. I took another deep dive into learning the in’s and out’s of freelance writing. I can honestly say, I’m still not perfect at it, but I’m learning.

I’ve grown to love this “online” working thing! I can write from home while caring for my four boys. I love writing, and can keep my foot in the healthcare world, even if it is from my cheerio covered kitchen table! 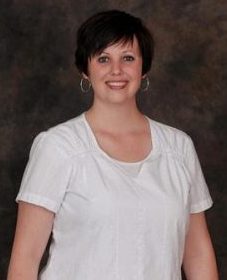 Vicky, is a freelance healthcare writer, editor, and blogger for hire. Her experience includes ghostwriting for nurse entrepreneurs and private practice medical offices. She understands medical writing needs to be concise and easy to understand while offering reliable information. She runs her blog Vicky Warren Writing that offers tips about blogging for health care.  You can connect with her on Twitter, Pinterest , LinkedIn and Facebook.